Although very little is known about the origin of candles, what we do know is that they have been around and used for thousands of years!

Clay candle holders dating from the 4th century B.C. were found in Egypt and the earliest people credited with developing the "wicked" candle are the ancient Romans, before 3,000 B.C.

There is evidence of other civilisations also developing wicked candles around the same time using waxes from available plants and insects.

Early Chinese candles were moulded in paper tubes, using rolled rice paper for the wick, and the wax from an indigenous insect that was combined with seeds. In Japan, candles were made of wax extracted from tree nuts, while in India boiling the fruit of the cinnamon-tree made candle wax.

Native Americans around the 1st Century AD burned oily-fish (candlefish) wedged into a forked stick. Early missionaries in the South-western United States boiled the bark of trees and skimmed the wax.

In the middle ages most western cultures relied primarly on candles made from animal fat (tallow).

A major improvement came when beeswax candles were introduced in Europe. Unlike animal-based tallow, beeswax burned pure and cleanly, without producing a smoky flame. It also emitted a pleasant sweet, smell rather than the foul, bitter odour of tallow. Beeswax candles were widely used for church ceremonies, but because they were expensive, few individuals other than the wealthy could afford them in their home.


Tallow candles were common household candles for Europeans, and by the 13th century candle making had become a guild craft in England and France. The candle-makers (chandlers) went from house to house making the candles from the kitchen fats that were saved for that purpose, or made and sold their own candles from small candle shops.

In America, the colonial women discovered that boiling the greyish-green berries of bayberry bushes produced a sweet-smelling wax that burned cleanly. However, extracting the wax from the berries was extremely tedious. As a result, the popularity of bayberry candles soon diminished. The growth of whaling industry in the late 18th century brought the first major change in the making of candles since the Middle Ages when spermaceti, a wax obtained by crystalising sperm whale oil, became available in quantity. Like beeswax, the spermaceti wax did not elicit a repugnant odour when burned, and it produced a significantly brighter light. It also was harder than either tallow or beeswax, so it would not soften or bend in the summer.

Historians note that the first "standard candles" were made from spermaceti wax. Also, a pure spermaceti candle is the measure for candlepower. Candlepower is a common term for describing light output. It is based on a measurement of the light produced by a pure spermateci candle weighing one sixth of a pound, burning at a rate of 120 grams per hour. During the 19th century is when most of the major contemporary candle making developments occured. In the 1820's, French chemist Michel Eugene Chevreul discovered how to extract acid from animal fatty acids.

By removing Glycerine from the tallow compound, Stearin from the Greek "stear", which means tallow followed. This wax was hard, durable and burned cleanly, Stearin candles remain popular in Europe today.


In 1834, inventor Joseph Morgan helped to further the modern-day candle industry by developing a machine that allowed for continuous production of moulded candles by using a cylinder with a movable piston to eject candles as they solidified. With the introduction of mechanised production, candles became an easily affordable commodity for the masses.

Parafin wax was introduced in the 1850's, after chemists learned how to efficiently separate the natural-occuring waxy substance from petroleum and refine it. Odourless and blue/white in colour, parafin was a boon to candle making because it burned cleanly, consistently and was more economical to produce than any other candle fuel. 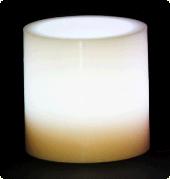 Modern technology today produces the DigiCandle - an amalgamation of the past and new!


A "safe, real wax candle that has the look, feel and smell of authenticity!


Check out our different DigiCandle models! 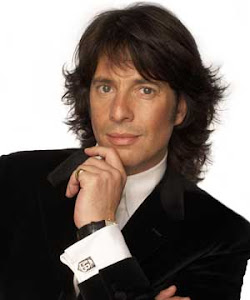